What Fuses, Washing Machines & Cars Can Teach us About Emotional Resilience 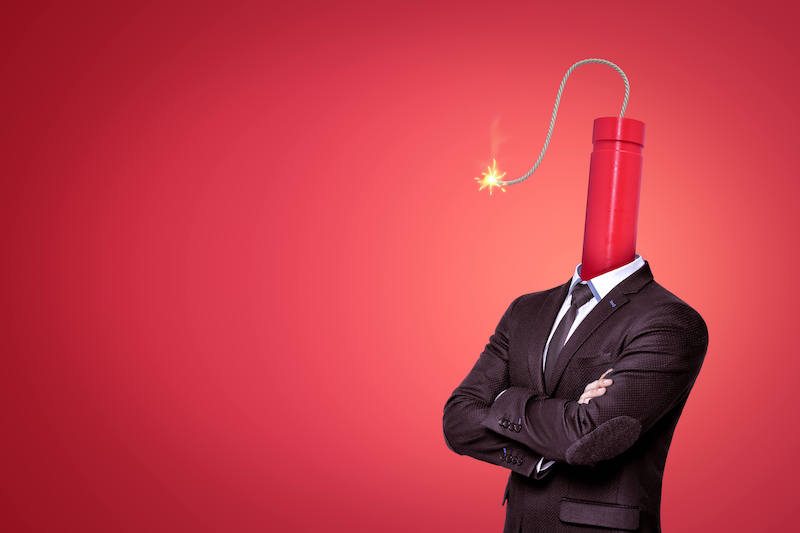 We’ve talked a lot in this blog about how to understand feelings (your own and other people’s), and how to deal with feelings and work with them when they get difficult or overwhelming.

Some of what we’ve written may have come across as a bit “dense” or technical. So this week I’d like to keep it simple and introduce to you my three theories on how to become more emotionally resilient.

They are: my fuse theory, my car theory, and my washing machine theory.

I’ll start with my fuse theory.

Have you ever blown a fuse? I know I have. You’re in a rush, you’re on a deadline, the pressure’s mounting and you’re trying to take care of 10 things at once. Then one more thing is thrown at you, and—boom!—you blow a fuse.

If you’re like most people, you probably feel bad when that happens. And for good reason. Depending on how it’s done and how big it is, blowing a fuse can cause all sorts of problems, at home or at work. But what if blowing a fuse isn’t such a bad thing?

After all, what’s a fuse for? It’s a safety device. It tells you there’s an overload in the circuits, and it stops the electricity from running through the wires before it does any serious damage. It also gets you to look for where the overload is and do something about it so you don’t blow a fuse again.

So when your emotional system gets overloaded, it’s better that your fuse blows. It’s a signal that too much juice is flowing through for your system to handle. It’s time to re-set and notice that the input into the system is over the top. Something may need to change in the system to make the flow more manageable.

The thing you don’t want to do is follow the example of people who stick a penny where a fuse should be. Bad idea! Too many people override their emotional systems and keep going until they completely melt down. So don’t get down on yourself if your fuse blows, even if some sparks fly. Acknowledge the overload for the helpful signal it is and look for a way to remedy it. That might mean having a talk with the person who just got caught in the blowout that you need more help.

Now for my car theory.

So many people come to me saying they shouldn’t feel the way they do or wishing they were different from the way they are. They say things like, “I shouldn’t be so negative,” or “I wish I was thinner,” or “I shouldn’t care what people think.”

I have a saying: You can’t start the car from down the road. You can only start it from where you are.

It’s great to know that you want to make some changes. But it doesn’t usually work to try to change yourself by skipping over how you really are. You know, obviously, that you can’t get your car to take you anywhere until you get in it, turn on the ignition and step on the gas. And you can’t start making positive changes in yourself until you stop long enough to feel and say, without self-judgment, ”this is the way I really am, and this is what I really feel.”

Strange but true. When you accept your feelings and allow yourself to feel them, they come…and then they go. Because emotion has motion in it. When you allow your emotions to pass through you, they move and change.

It’s when you deny your feelings or wish them away, or attack the way you are right now – or sometimes, when you glorify or justify your feelings, which can be a sneaky way of avoiding feeling them – that they stick around. So don’t try to skip ahead and change yourself by remote control. Start from exactly how you feel and where you are.

Most of us imagine that the healthiest way to be, psychologically speaking, is sunny, calm, peaceful and unruffled 99 percent of the time.

Maybe some people can aspire to be like that….and some people really are mega-wealthy hedge fund managers who look like supermodels.

I prefer a more realistic and down-to-earth goal. It’s definitely good to work on becoming more confident and relaxed in the face of challenges. But in my washing machine theory, emotional resilience is really about how quickly you are able to process your emotions, recover and move on.

Taking the washing machine approach, you still go through your emotional wash, rinse and spin cycles—just a lot more quickly. Instead of spending days, weeks or months avoiding what you need to do and what you have to feel—and then another few weeks or months feeling awful about how you feel—and then some more interminable days getting over how you felt—you go through the whole process fast.

You jump into what you need to do and get churned up if you need to. Then you work through the upset, reflect on it, talk about it, and get support if you need it, and before you know it, you stop spinning and feel refreshed and renewed, ready to take on the next challenge that messes with your zen. Instead of taking weeks or months, you go through the whole process in a day or two. It might even take only a few hours, or even minutes.

Just knowing that you don’t have to fear or avoid difficult feelings, and therefore the situations that cause them, makes them so much easier to deal with.

So there you have it: Fear of feeling strong feelings, or the “wrong” feelings, is worse than the feelings themselves. All human emotions serve a purpose; it’s just a question of what you do with them. A blown fuse is a safety device; forgive yourself, apologize if it’s warranted, and look for what’s overloading you so you can keep it from happening again. If you want to change something about yourself, start, paradoxically enough, by fully accepting how you are right now without judgment. Then move forward from where you are. And unless you have a naturally calm and sunny disposition, don’t aim for equanimity. Embrace your passionate nature and face your life courageously, letting your wash-rinse-spin cycles roll within and through you, knowing that you can go through them and come out the other end just fine.

By embracing the breadth, depth, and kaleidoscopic nature of your inner emotional self, you can be as emotionally resilient as you want to be.